Introduction: Laparoscopic cholecystectomy is a standard and widely used
procedure in the treatment of chronic cholecystitis for quite a long time now but there is a recent
development in technique because of advent of harmonic scalpel (HS). Thus this study was
conducted with an objective to compare frequency of post-operative complications in patients
undergoing laparoscopic cholecystectomy by conventional versus harmonic technique. Data
Source: Primary data based on patients presenting with chronic cholecystitis to the surgical
department at tertiary care hospital. Study Design: Randomized Control Trial. Study Setting:
The study was conducted in surgical unit-I, Jinnah Hospital Lahore. Duration of Study:
Study was conducted in duration of one year i.e. January 2015 to December 2015. Subjects
& Methods: After approval from the hospital ethical review board, 400 patients of either sex
with age from 16 to 60 years and a diagnosis of chronic cholecystitis were included using
purposive non-probability sampling technique. They were then randomly assigned to either
conventional or harmonic group for laparoscopic cholecystectomy using lottery method at
a ratio 1:1. . Information regarding their demographic characteristics and frequency of gall
bladder perforation during surgery along with readmission in patients was noted in a structured
proforma and data was analyzed using SPSS version 21.0. Results: The mean age of patients
was 48.19 ± 6.484 years with about 156 (39%) male patients while 244 patients (61%) were
female. About 15 (7.5%) patients in harmonic group and 16 (8%) patients in conventional
group of laparoscopic cholecystectomy had gall bladder perforation during the procedure
while 20 (10%) patients of harmonic group and 27 (13.5%) patients in conventional group were
readmitted. On application of chi square test it was seen that the differences were statistically
insignificant in both groups for the complications related to the procedure. Conclusion: It can
be concluded from this study that both treatments are equally effective in terms of gall bladder
perforation and rate of readmission. Thus, any of the techniques can be selected without much
fear of complications depending upon the health care facility and financial constraints of health
system in a resource depleted developing country. 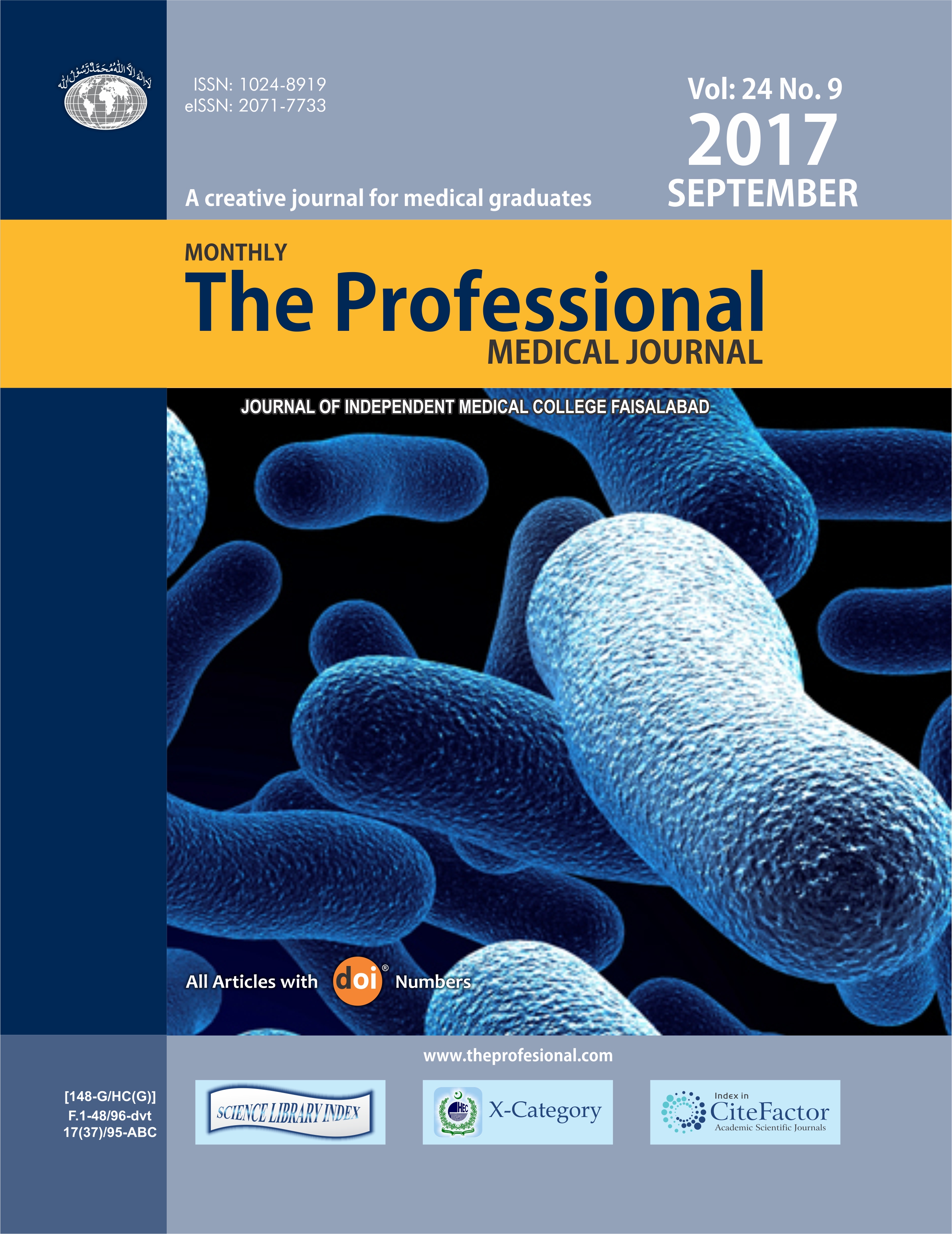