Background: Upper gastrointestinal bleeding (UGIB) is a common medical
condition requiring mostly hospitalization and resuscitation. Patients with upper GI bleeding
have high morbidity. The investigation of choice in upper GI bleeding is upper GI endoscopy,
because endoscopy has good, the complication rate with endoscopy are low, another
advantage of using endoscopy is therapeutic interventions as well. The causes of upper GI
bleeding are numerous most frequent causes being in decreasing order of frequency peptic
ulcer, esophageal varices, mallory-weis tears. Other causes include tumors, erosions and
arterio-venous malformations.3 Objectives: To determine the endoscopic findings in patients
presenting with UGIB and frequency of various findings among these patients according to
gender and age in medical ward of Allied Hospital Faisalabad. Study Design: Retrospectively
reviewed and analyzed. Setting: Medical Unit 2 of Allied Hospital Faisalabad. Period: 06 month
between January 2015 to June 2015. Methods: The record of 120 patients who underwent
endoscopy for upper gastrointestinal bleeding. Results: Data was collected and entered on
SPSS. Statistical data analysis was performed with chi-square. Statistical significance was
determined at P< 0.05. Information obtained from upper gastrointestinal endoscopy were
then recorded according to age, gender and presented in form of tables. Conclusions: It has
been found that esophageal varices was the most commonest cause of upper gastrointestinal
bleeding in the study probably due to the high prevalence of hepatitis infection and chronic liver
disease in our population. 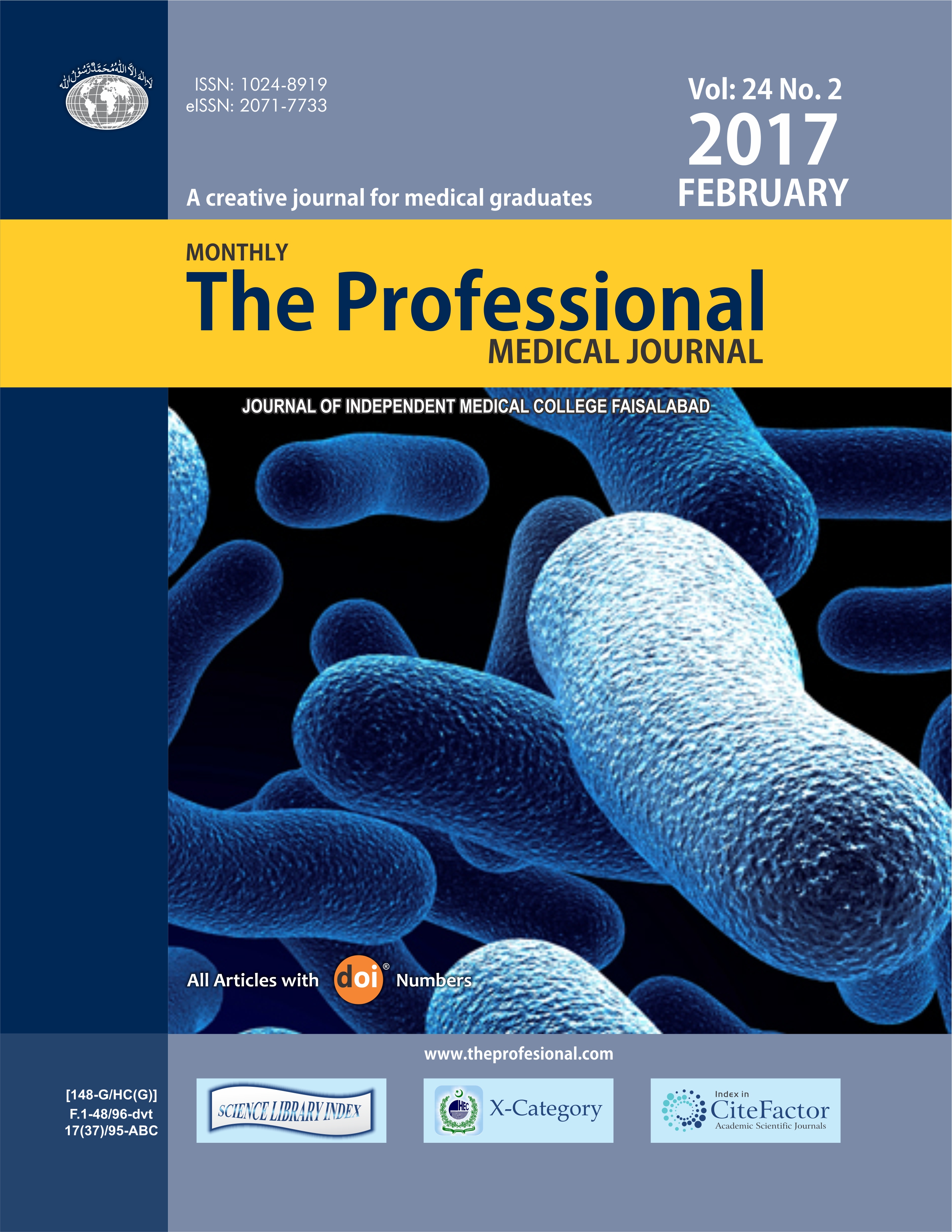