OUTCOME WITH LOW COST RIGID IOL IN A TEACHING HOSPITAL

Introduction: Objectives: To find out improvement in visual acuity and
complications in low socioeconomic status patients that underwent phacoemulsification with
low price IOL in a teaching hospital. Study Design: Descriptive study. Setting: Department
of Ophthalmology Independent University Hospital, Faisalabad. Period: One year from 01-04-
2016 to 31-03-2017. Material and Methods: Composed of 100 patients. In this study Inclusion
criteria was poor old aged patients of both gender having grade one to grade three nuclear
sclerosis with or without posterior sub capsular cataract. However patients having history of
uncontrolled hypertension or diabetes mellitus, inadequate dilated pupil, subluxated lens or
having previous history ocular surgery were excluded. Results: In this study 100 eyes with
cataract operated by phacoemulsification with low cost rigid IOL under peribulbar anesthesia.
The mean age of patients was 67.50 years (range 50-85 years). Male patients in this study
were fifty Two (52%) While 48% were female Patients. Regarding the visual acuity in operated
eyes with or without glasses, 80 eyes (80 %) had visual acuity of 6/6-6/12, visual acuity of 6/18
to 6/36 in 12 eyes and 6 eyes (6 %) had a best corrected visual acuity of 6/60 to CF. While
visual acuity less than counting finger (CF) was percent in only 2 percent patients. Discussion:
Un-operated cataract can induced severe visual impairment or blindness in cataract patients.
In a study conducted in Pakistan reported that in about 76% cases of poor socioeconomic
status most important barrier to cataract surgery was cost of surgery. According to this study
different methods that can be adopted to reduce the cost of surgery by improving efficiency
by conducting high volume cataract surgery and bulk purchasing of consumables surgical
items especially cheaper intraocular lenses thus allowing even the poorest patients to have
ophthalmic care. So it was observed that in patients of poor socioeconomic status numbers
of barriers are being faced by such community in which cost is frequently mentioned and
providing low cost phaco surgery with good postoperative vision allow to underwent cataract
surgery who would not otherwise have it. Conclusion: In this study it was concluded that in
developing countries like Pakistan in which majority of population belong to low socioeconomic
status phacoemulsification with low cost rigid IOL not only yield good post-operative visual
acuity but also reduced cataract induced blindness. 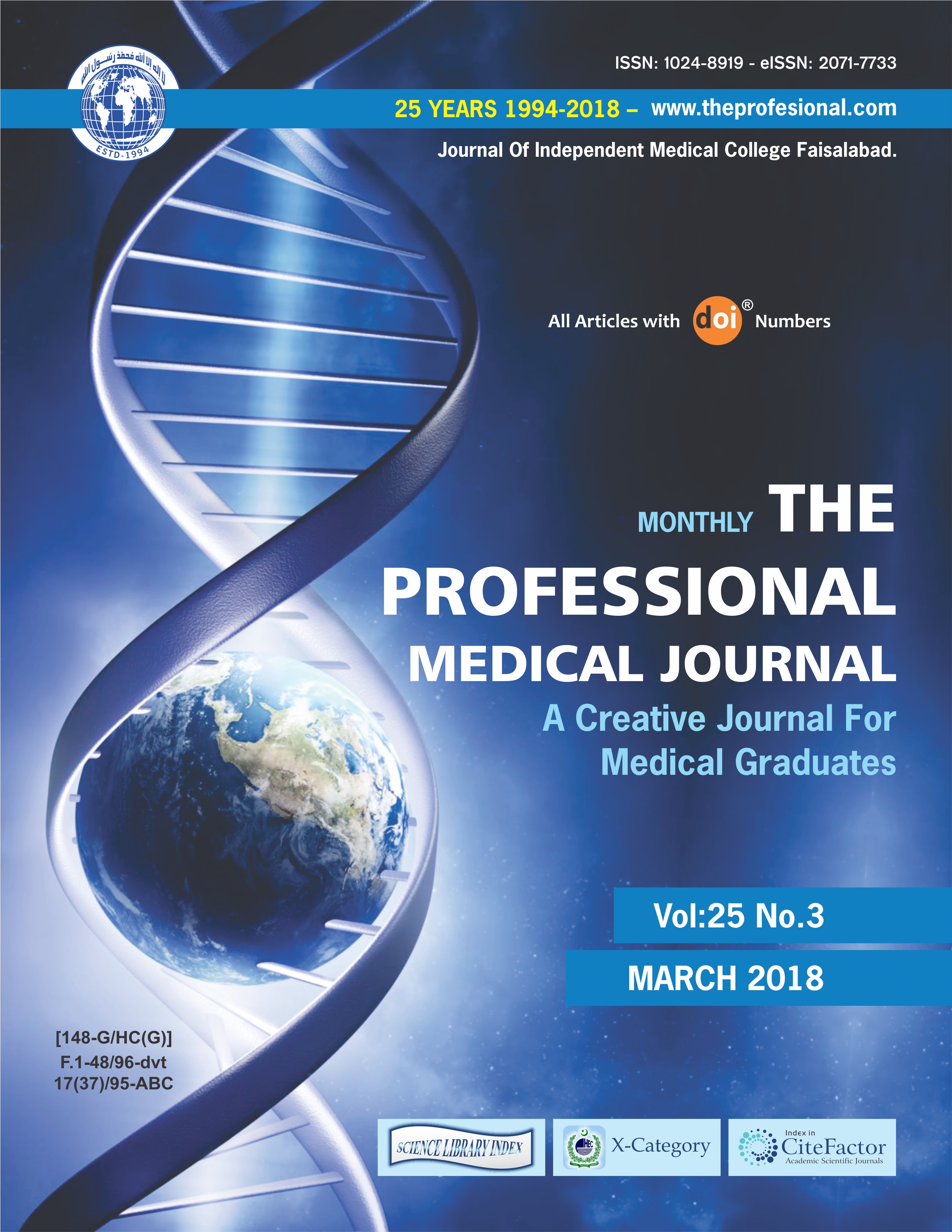