EFFECT OF TAMSULOSIN ON STENTRELATED SYMPTOMS

Introduction: Cystoscopic intraluminal placement of ureteral stents has become a routine practice in urology. Ureteral stents preserve urine flow from the kidney to the bladder in cases of ureteral obstruction (intrinsic or extrincis). In patients with obvious ureteral obstruction, the placement of a ureteral stent will restart urine transport and protect the kidney from possible risks. Ureteral stents are troublesome in some patients and causes LUTS. Study Design: Prospective randomized controlled trial. Setting: Urology Department, Sheikh Zayed Hospital Lahore. Period: Six month started from August 2015 to December 2015. Material and Methods: 100 patients who were randomly divided into two equal groups. The patients were between 18 to 50 years of age of both gender undergo retrograde double-J ureteral stent placement. Before the double-J stent will be applied, all patients completed an International Prostate Symptom Score (IPSS) questionnaire for evaluation of lower urinary tract symptoms.
Patients were divided in two groups on the basis of lottery method tamsolusin group (1) and placebo group (2). Tamsulosin group patients was given tamsulosin post operatively and placebo group was given a placebo postoperatively. Results: There were total 100 patients who were enrolled in this study with a mean age of 42.63±6.24. There were 75(75%) were male while 25(25%) were female. The mean IPSS sore at presentation was 2.47±1.43 and post treatment was 5.20±1.65. There was significant difference in IPSS score in control group with mean 5.28±1.69 versus study as mean 2.22±1.05 group, p-value= 0.010. Conclusion: There is difference in lowering of IPSS score in the patients who are given tamsolusin versus those who were retained on placebo. 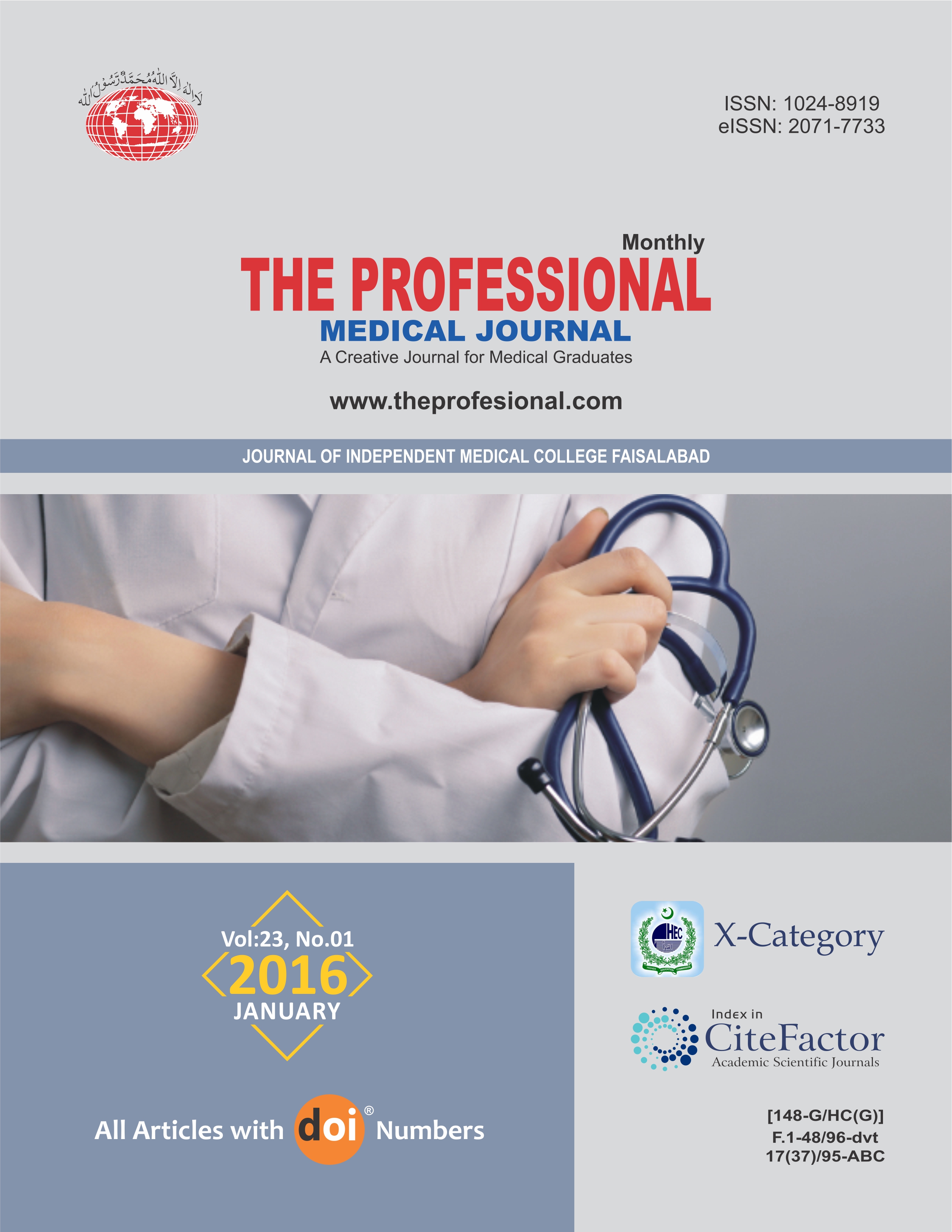